Adapt IT’s approach to governance is underpinned by its values of respect, honesty, responsibility and accountability. The group remains committed to the highest standards of governance, ethics and integrity. Thus, the Adapt IT board is responsible for determining the strategic direction of the company and exercising prudent control over the group and its affairs. The board and the individual directors will, at all times, act in the best interest of Adapt IT and adhere to all relevant legal standards of conduct. 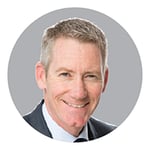 Chairperson of the board

Remuneration Committee
Craig is a certified Chartered Financial Analyst (CFA), having obtained a BCom degree majoring in accounting from the University of the Witwatersrand and a postgraduate Business Administration Certificate (PDM) from Wits Business School. Craig has been an asset manager for 22 years, with five years at Standard Corporate and Merchant Bank (SCMB) Asset Management as a small cap Unit Trust Manager. Craig is currently a senior professional at Old Mutual Investment Group. In October 2012, Craig was appointed Independent Non-executive Chairman.
Value to the board
His extensive experience in financial markets and strong financial background enables Craig to not only lead the board in an outstanding manner, but also to provide guidance to members on financial information and aspects to consider especially when acquisitions are being considered.

CFA, PDM, BCom
Independent non-executive Chairman
Appointed to the board
3 May 2011 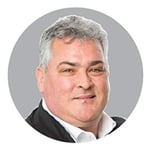 Audit and Risk Committee
Oliver has in excess of 28 years’ experience in the technology industry, having held various leadership positions in the ICT sector. Having been with the IBM Corporation for over 17 years, Oliver has held various executive positions including General Manager of the IBM PC business for Africa as well as General Manager of IBM South Africa and sub-Saharan Africa. Oliver was a Hewlett Packard South Africa Director for HP Services, and headed HP’s Technology Services group (TSG) and also served as Managing Director of Hewlett Packard South Africa. Oliver is the former Managing Director of i1 Solutions (a privately-owned technology company) and has been director and Lead Independent non-executive director for the Ellis Holdings group since April 2011. In May 2014, Oliver was appointed Managing Director of British Telecommunications sub-Saharan Africa (BT). In February 2017, Oliver left BT to join MTN, where he assumed the position of Executive Head of Business Enterprise, effective 1 March 2017. He joined Seacom SA as Group CEO effective January 2021.
Value to the board
Having a person with close to three decades of experience in the ICT sector is a huge advantage to the board. Oliver gained this experience working in large, global, reputable ICT firms and his deep expertise assists fellow board members to understand the nuances of the sector. His African and global expertise are also highly valuable. 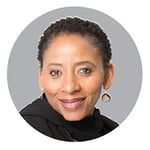 Social and Ethics Committee
Catherine is a qualified attorney, having obtained her law degree at the University of the Witwatersrand. Catherine has 22 years’ experience in the legal, commercial and financial services sectors. She joined Arthur Andersen (later KPMG) in 1999 as a tax lawyer and in 2004 Catherine joined Nedbank Capital as Internal Legal Counsel supporting the Infrastructure Project Finance team in evaluating and structuring limited recourse transactions. Following a period as a fund manager for PAIDF, a sub-Saharan African private equity infrastructure development fund, Catherine was appointed as the Head of Infrastructure and Telecommunications Project Finance at Nedbank Limited in January 2015 where she increased scope and a funding mandate in South Africa and the rest of the African continent. She joined the Development Bank of South Africa in February 2021 as Group Executive Project Preparation Division.
Value to the board
Catherine’s strong background in law and Technology Media and Telecommunications (TMT) infrastructure funding across Africa ensures that Adapt IT maintains high risk awareness. Catherine approaches board matters in a comprehensive way and is involved across all committees where her sharp mind and attention to detail is appreciated. 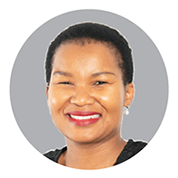 Nominations Committee
Zizipho Nyanga has over 15 years’ experience in external audit, development finance, financial and risk management in fast-paced organisations. She holds a BCom Accounting from the (former) University of Transkei and a Higher Diploma in Accounting from Wits University. She completed her articles at EY and later joined various companies such as Kagiso Media, the Industrial Development Corporation and Old Mutual where she was appointed as CEO of Masisizane Fund until 30 April 2020. She joined Ubank as Chief Entrepreneur Officer in September 2020. Zizipho completed a Global Executive Development Programme with the Gordon Institute of Business Science in 2018, with distinction.
Value to the board
Zizipho’s background spans entrepreneurial beginnings to becoming the CEO of Old Mutual’s Masisizane Fund, allowing her passion for entrepreneurial development to continue. Her experience and solid financial and business background, together with extensive knowledge on governance and her fresh perspective, is extremely valuable to the board.

CA(SA), GEDP
Independent non-executive director
Appointed to the board
27 May 2019 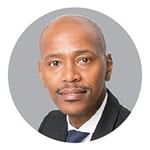 Sbu attained a Bachelor of Commerce degree and a postgraduate diploma in Financial Information Systems. With over 24 years’ IT experience, Sbu joined the group where he gained project management expertise in the implementation of Oracle applications with operations in various African countries. He founded Adapt IT 15 years ago as a black-owned SME in the IT sector. As Managing Director, Sbu grew Adapt IT (Pty) Ltd into a successful ICT business. Through a merger with InfoWave Holdings in 2007, Sbu effected the listing of Adapt IT onto the JSE and has been CEO and Director of Adapt IT Holdings Limited since January 2008.

BCom
Chief Executive Officer
Appointed to the board
5 December 2007

Tiffany is a Chartered Accountant who qualified with Deloitte and is registered in South Africa, Australia and New Zealand. She was involved with several major business re-engineering and IT outsourcing projects as a consultant to British Airways in the United Kingdom where she entered the ICT sector. Tiffany joined InfoWave Holdings in 2000 in a consulting capacity and was appointed as Financial Director in April 2002 and Chief Executive Officer in December 2003. Tiffany became the Commercial Director of Adapt IT Holdings Limited after the merger of InfoWave Holdings and Adapt-IT (Pty) Ltd in 2007. She is also Managing Director of a number of international operations, and is based in Perth, Australia. 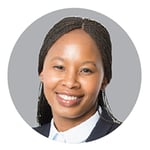 Nombali was appointed as CFO and Director of Adapt IT Holdings Limited in 2016. She is a Chartered Accountant who completed articles with EY and thereafter joined Alexander Forbes as an accounting specialist. Nombali then joined ABSA Capital, rising from managing a Special Purpose Vehicle for debt capital market backed corporate finance to originating, structuring and executing corporate loans through the loan capital markets. She then moved to strategic roles at Unilever, initially serving as the Risk and Audit Manager for the Africa region, and subsequently as the Finance Business Partner for the Foods Division prior to joining Adapt IT.

Chairperson of the board