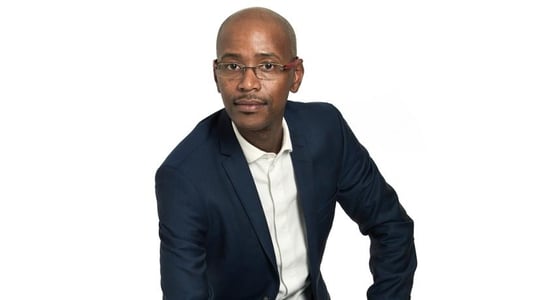 Adapt IT still striving for growth, despite tough trading environment

All comparative figures are restated as per the restatements disclosed in 30 June 2019 Integrated Annual Report** before the impact of adopting IFRS 16, like for like operating and cash performance.

“Adapt IT achieved a 10% growth in revenue to R721 million (2018: R657 million) in the interim results, aided by the contribution from strategic acquisitions made in the previous financial year, while weaker trading conditions in South Africa continued to weigh on the organic growth for some divisions reliant on Adapt IT’s primary market,” said Adapt IT CEO, Sbu Shabalala.

The acquisitions contributed a positive 11% to revenue growth from the contributions of Strive Software for two months, Conor Solutions for six months and Wisenet group for six months and created additional geographic diversification of revenue. Adapt IT strengthened its pan-African footprint, resulting in this region contributing 16% (2018: 14%) to revenue with a heightened presence in East Africa. Asia Pacific contributed 8% (2018: 6%) strengthened by the acquisition of the Australian-based Wisenet group. As a result of this diversification strategy, international revenue for the six months improved to 27% (2018: 22%).

Shabalala adds: “Weaker trading conditions in South Africa persisted affecting some of the operating segments, most notably the Hospitality segment, which saw revenue dropping 6% and EBITDA reducing by R13 million. Annuity revenue improved to a healthy 60% (2018: 58%), aiding the businesses in defending the underlying revenue to remain static at -1% (2018: 0%) organic growth.”

Earnings before interest, tax, depreciation and amortisation (EBITDA) remained flat at R106 million impacted by Hospitality segment underperformance. The EBITDA margin, while still high for the sector, was under pressure and declined from 16% to 15%.

Once-off impacts on earnings included a negative foreign exchange movement of R1.2 million and a net increase in loss allowances of R3.6 million pursuant to the adoption of IFRS 9.

Cash generated from operations in the six-month period was R51 million** (2018: R54 million). Net gearing is at 66% being net interest bearing borrowings of R464 million (2018: R309 million) resulting in an increase of R10.4 million in interest paid to lenders. While this is higher than the preferred target gearing of 50%, owing to a planned capital raise that did not proceed due to the decline in the share price, the debt remains serviceable by the business.

“The South African market remains challenging; however, Adapt IT continues to focus on leveraging its underlying diversification to offer more value to the current client base more effectively, focusing on sales in a cohesive manner, driving efficiencies and carefully expanding on the pan-African and Asia Pacific diversification strategy. While a review of the company’s capital structure is under way, the board took a decision not to declare a dividend,” concluded Shabalala.

Previous
The 2019 Vision2030 Awards finalists announcement
Next
Moodle welcomes Adapt IT as a Certified Moodle Partner and strengthens presence across...