Adapt IT's year of introspection pays off

South African JSE-listed enterprise software and services provider Adapt IT has capitalised on its year of 'introspection and consolidation' and increased its revenue by 14% to R1,438-billion, comprising 5% organic growth from continuing operations and 9% from acquisitions.

Adapt IT presented its results for the financial year ended 30 June 2019 and based on segment contributions to revenue, its communications division grew 69% inclusive of the two acquisitions, contributing 16% to total revenue.

Chief executive officer Sbu Shabalala added that through strategic acquisitions made during the financial year, geographic diversification and attractive technologies assisted the group in achieving the 9% acquisitive growth.

The acquisitions included are the results of the LGR Telecommunication group for 11 months; Strive Software for 10 months; Conor Solutions for six months and Wisenet group for four months.

Adapt IT said Africa has contributed 15% to revenue with a heightened presence in Kenya.

As a result of this diversification strategy, international revenue for the 2019 financial year amounted to 24%.

Shabalala said the year was used as a period of consolidation, with specific attention to operations at the new Johannesburg campus, the company's leadership team and governance.

"This has realigned the teams, enhanced group culture, will facilitate better cross-selling and standardise processes that are critical for sustainability. Adapt IT has been consolidated in the Johannesburg campus for 16 months and is already experiencing an immensely positive employee engagement across the organisation," he said.

Earnings before interest, tax, depreciation and amortisation (EBITDA) from continuing operations improved by 3% to R229 million.

According to Adapt IT the underperformance in the Energy segment had a significant impact on the results with its EBITDA reducing by R20 million.

Shabalala said the group was extremely pleased with the EBITDA margin remaining steady at 16%, given the pressures experienced in the market.

In its statement, the company explained that once-off impacts on earnings in the current year included an impairment of R8 million on a fixed property held for sale and a negative foreign exchange movement year on year of R11 million. A net increase in loss allowances (provision for doubtful debts) of R4 million pursuant to the adoption of IFRS 9 also impacted earnings.

"Having given consideration to the level of net gearing, which is unusually high at 65% and will be reduced in the forthcoming year to be closer to the preferred net gearing ratio of 50%, the Board took a decision that it is prudent to defer a dividend decision until after the interim period when cash flows of the group are generally stronger," Adapt IT stated.

The company said South Africa remains its largest market, with the public sector a key focus "as the sector becomes more accountable and with an improved focus on governance, the group believes a careful approach will suffice in protecting it against the risks often associated with this sector."

In January 2019 the company's leadership have reiterated its strategy to diversify revenues through the sale and implementation of IP, particularly South African IP, into foreign markets.

"The South African market remains challenging in the short term. However, Adapt IT has built a strong, well-diversified foundation enabling us to target growth in the rest of Africa and Australasia with leading software as we continue to pursue our sustainable growth strategy," concludes Shabalala. 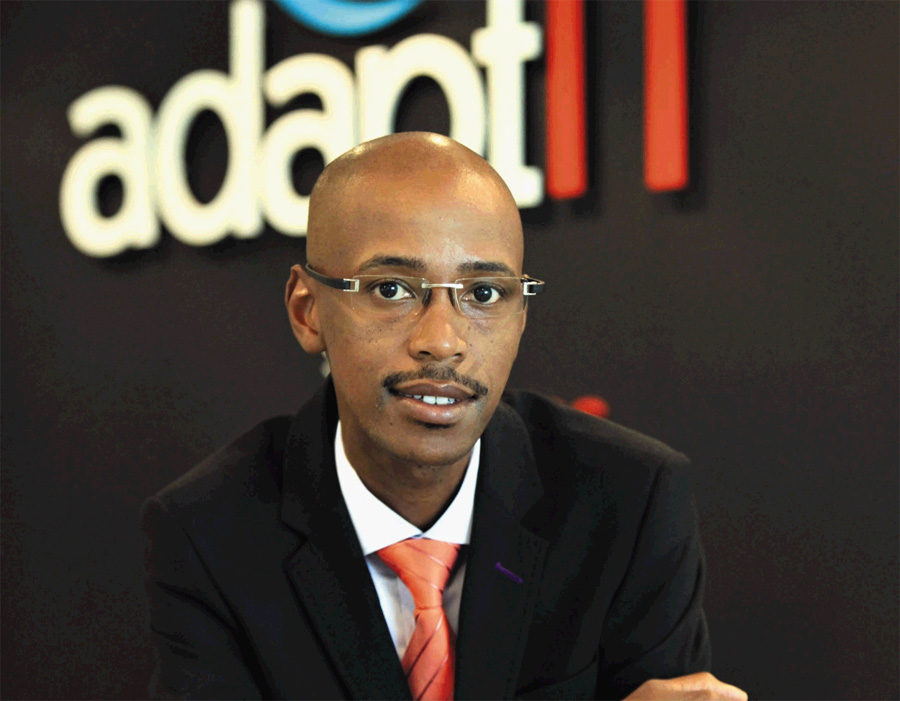